In the route editor of MyRoute-app it is possible to display or merge multiple routes. This is useful, for example, if you:

Open an existing or new route

Depending on your goal, you open a new or an existing route to get started. If you want to modify or extend an existing route, it is always advisable to work in a copy of the route. This way you will always have the original route, should something not go according to your wishes. 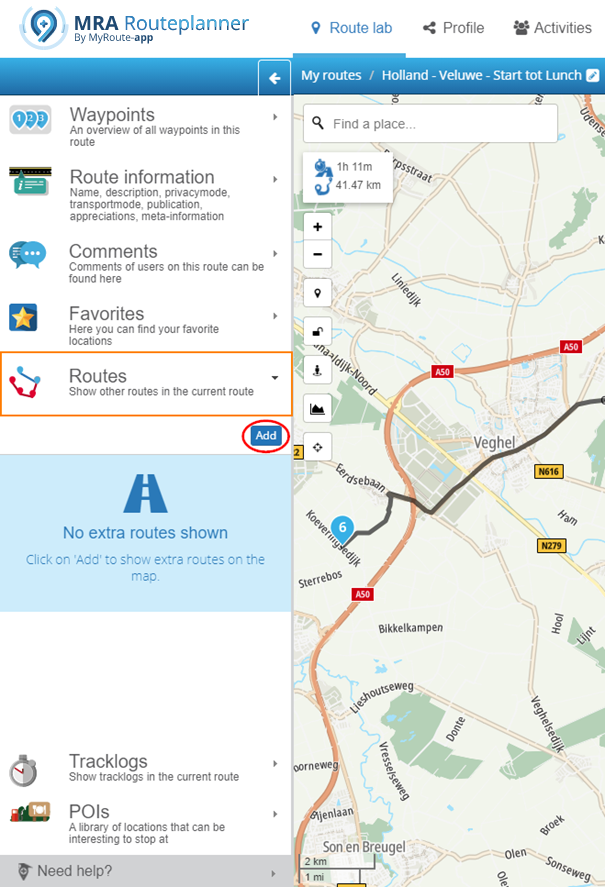 The image below shows that the route that was shown in purple has now been added to the opened route as a route section. This route section is now also shown with its route points and is part of the route calculation for this route. The extra route is no longer shown as a 'map layer' and is therefore no longer visible in the left-hand column under the 'routes' tab. 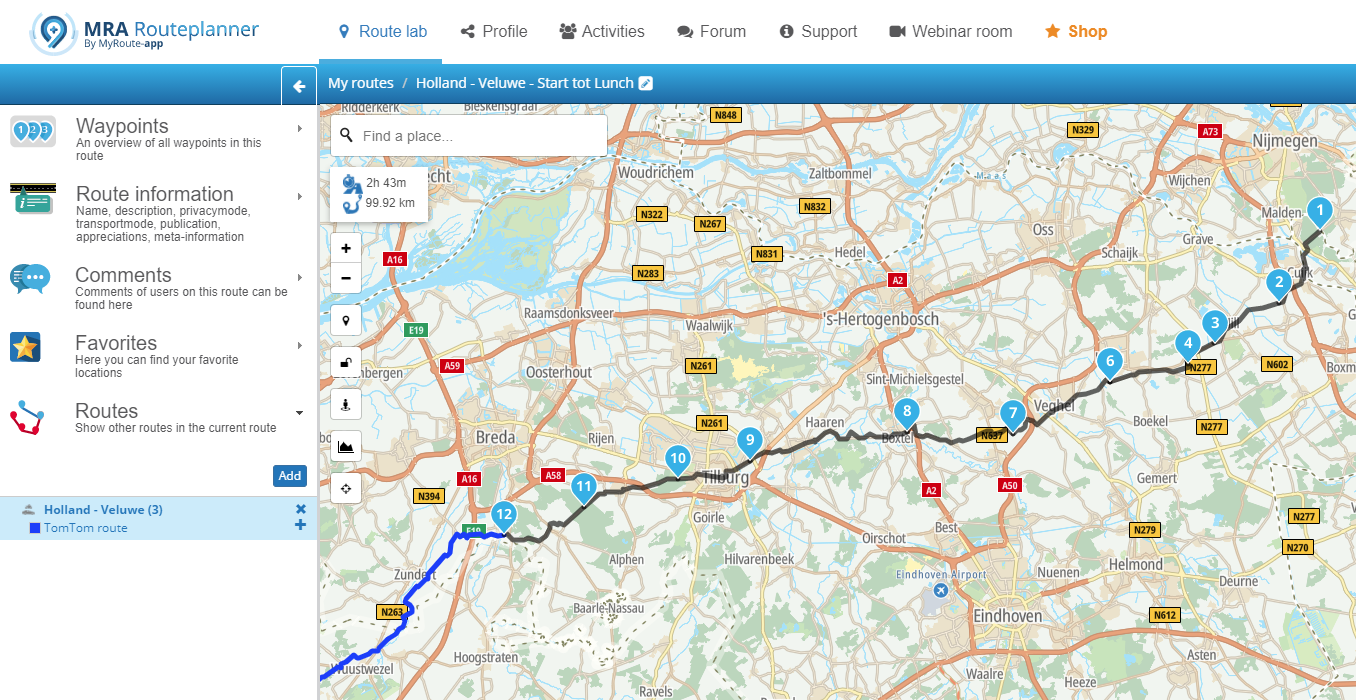 You can change the colour of the extra routes displayed by clicking on the coloured box below the route name and selecting a different colour. 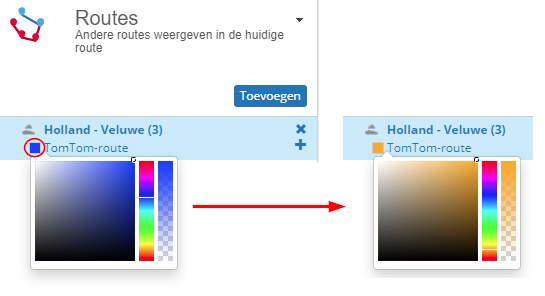