Waypoints are the basis of each route. In this manual, you can read about all the possibilities for waypoints in the MRA Routeplanner!

First: what does that mean?

So, as described above, via-points are waypoints at a special place that you don't want to miss. Here you can think of a beautiful mountain pass, a specific bridge or monuments. Via-points are also, for example, the location where we have planned a coffee stop or a lunch break.

The start and endpoints are always automatically a via-point.

With some waypoints, we already know in advance that we will stay there for a longer period of time than the route calculation indicates. These specific waypoints can be pre-planned with the new MyRoute-app functionality. This makes it easier for you to estimate the total planned time of your route. This will also help time management for professional travel organisations and driving instructors.

Pay attention! The MRA Routeplanner provides an estimate of the duration based on the settings in the route planner and the data available to MyRoute-app. The indicated time always deviates from the exact time it takes to drive the route, e.g. due to the crowds on the road. 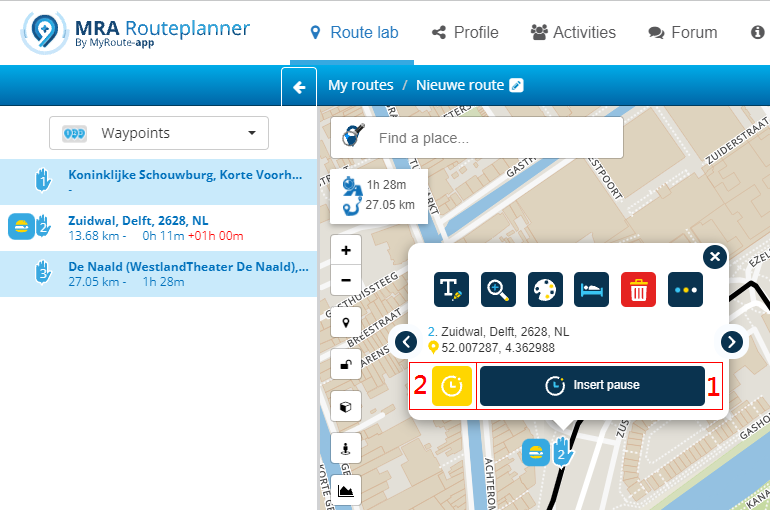 You will see the time added directly at the waypoint and it appears in the route list. This time is added to the total time of the entire route and will also be mentioned and taken into account when exporting a PDF file.

In addition to the timed route points, MyRoute app introduces the calculator. With this toolkit functionality, you can easily calculate how long the planned time and distance is between two self-defined route points. 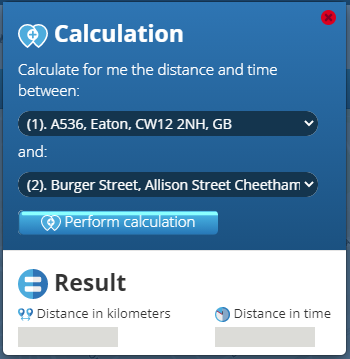 Would you like to think along with our developers and other users about new functionalities and their further elaboration? You can do this at our MRA Community Forum!

Consequences for saving and exporting routes

Timed waypoints are really a functionality for during planning. It allows you to make more realistic planning and estimated journey time. The time of the final trip, of course, depends on traffic, speed-driven and how long you really stop.

The icons that can be added to a waypoint to give more information about it, are a functionality of the MRA Routeplanner only and therefore cannot be exported to Garmin and TomTom.
In the future, however, the icons will be visible in MRA Navigation. We are also investigating whether it is possible to give the icons (or similar variants) to other navigation systems and apps.